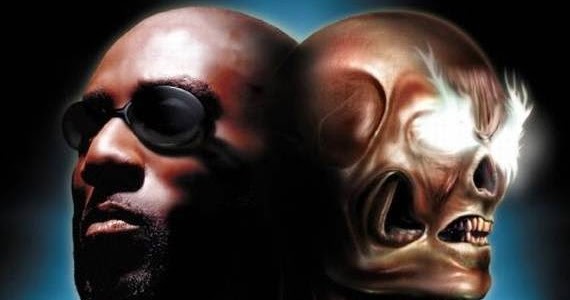 “It isn’t impossible, Night Dive would certainly be interested in doing it, however getting the resources to remaster would be a uniquely difficult task and would require someone from the original project to provide support, data, and design documents. This is not impossible, but I personally do not have access to such things, and also do not feel I have the knowledge to help on resurrecting Shadow Man 2nd Coming, as I didn’t have the same level of enthusiasm for the project. I know that John Navarro is very keen to explore this, and he may be able to source what is needed for the Remaster from delving into the “internet” and finding things.A new champion maybe? 🙂”

Pete Hodbod: Les Long the unsung hero of the remake!
Tim Haywood: em remaster, let’s not mention remakes just yet lol. 😜💀😜
Pete Hodbod: Apologies….remaster (plus bonus content)
Getting ahead of myself there!

Legion succeeds in using Shadow Man as a vessel and conduit to open a crack in reality between Live Side and Dead Side.
His army of creatures go from Live Side to Dead Side, and they appear in Central Park, New York. However things do not transpire as Legion anticipated.
Meanwhile, Jaunty rescues a very “Feral” Shadow Man from the Dark Chamber. Jaunty, no longer looks like a snake, he is now human. He takes Shadow Man back to Nettie’s church, but she has vanished, and as far as Jaunty can tell she isn’t in Live Side anymore.
Shadow Man’s mask has been smashed into pieces, only the frame remains, and Shadow man can barely control himself, lashing out at Jaunty, and only Luke’s Bear soothes his demeanor.
Shadow Man indicates that he can sense part of the mask somewhere in the swamp, and you the player, control Jaunty to find this piece of the mask. Once the player succeeds in this, he returns it to Shadow Man, and the player is now able to control Shadow Man once again.
[so yes, you get to play as multiple characters in this sequel]
At this point Shadow Man need to travel across both Live Side and Dead Side looking for the rest of his mask, and Jaunty goes to the White City in Dead Side (a new location not previously known to players), seeking advice from a mysterious creature called “The Librarian”.

As I previous mentioned the development of the Remaster, just like the rest of the world was affected by Covid-19. Despite the best efforts of the team, not everything made it to the 1.0 release build, and there were also a few niggles that we wanted to iron out, but didn’t get the time.
What I am pleased to post about is that Night Dive have now officially said that post launch there will be a content update that will add in the final touches to the game.
Night Dive are also reading the feedback you guys are giving, John, Kevin and I are passing over details to the rest of the team.  So in time we hope to address some of the issues that manifested at launch. But actually its not been so bad right? 🙂
Keep playing, and enjoying the game as it stands, and keep in mind that you will be getting a little bit more in the weeks, and months to come